Anheuser-Busch, one of the largest and most sophisticated spot freight buyers in the world, had designed a best-in-class process to handle the high volumes of spot freight it procured. But in early 2021, it decided to challenge the status quo.

ABInBev, one of the largest and most sophisticated spot freight buyers in the world, had designed a best-in-class process to handle the high volumes of spot freight it procured. But in early 2021, it decided to challenge the 3quo.

A new approach, driven by machine learning and AI, claimed to deliver better returns than could be achieved with a freight auction model. With ABInBev’s scale, the proposed savings could mean tens of millions of dollars in financial impact. Amidst a global pandemic and one of the most tumultuous freight markets on record, the company rose to the challenge to test whether current processes could be beat.

ABInBev’s gamble paid off. Since its initial test of TNX, the company has sustained double-digit savings along with measurable carrier engagement, lead-time-to-capacity, and internal staff effort improvements. The move has solidified ABinBev as one of the best spot buyers in the US market and a pioneer in the next generation of logistics technology.

The Shortfalls of the Freight Auction

ABInBev formerly used an approach of dynamic sequential tendering combined with e-auction through BlueYonder. At 4 p.m. each day, a dedicated team would review all spot bids, make awards to selected carriers, and move the loads into execution.

This method served ABInBev well for many years, but in early 2021, with truckload spot costs soaring and more volume falling out of contract, the company’s process for securing spot freight capacity began to show its limitations.

Carriers were overwhelmed: ABInBev’s partners struggled to manage the volume of shipments and bid requests from the team.

Workflows were capped: With the company’s load awardance process taking place at the end of the day, manually securing high volumes became inefficient. In such a tight market, offers for capacity made early might be unavailable by day’s end.

Costs spiraled out of control:  Without a better mechanism for pricing, bid collection left ABInBev in the position of largely taking sky-high market prices.

ABInBev was hesitant to commit to change management unless TNX could prove the value of its Smart Tendering platform.

Both sides agreed to implement a pilot program in January of 2021, during which half of the loads were submitted at random into ABInBev’s standard process. The other half would be run through the TNX Smart Tendering platform. A huge plus, ABInBev said, was watching the two systems run in parallel without needing to add resources or teams to do it.

Over a 45-day period, ABInBev was able to directly contrast TNX results against benchmark prices and validate the experience of having their freight flow autonomously, without intervention from its team. ABInBev also closely tracked the reaction of its carrier base; specifically how they would respond to offers in real-time as opposed to allocating capacity at the end of the day.

Smart Tendering “helps us provide more freight to carriers. Some carriers will look at spot boards first thing in the morning, some will look at midday, and some carriers will at night. The TNX solution enables them to work within their schedules and provides real-time notifications when freight is available.” — Director of Truckload &  Rail

Smart Tendering works as an online marketplace for carriers to engage with ABInBev shipments. In contrast with ABInBev’s old approach, all spot shipments are immediately accessible to ABInBev’s carriers to match instantaneously. As Smart Tendering is driven by machine learning, the process of pricing, counterbidding, and offer acceptance would also be fully automated — requiring intervention from ABInBev’s team only on rare exceptions.

After 45 days of testing this new approach ABInBev saw the following results: 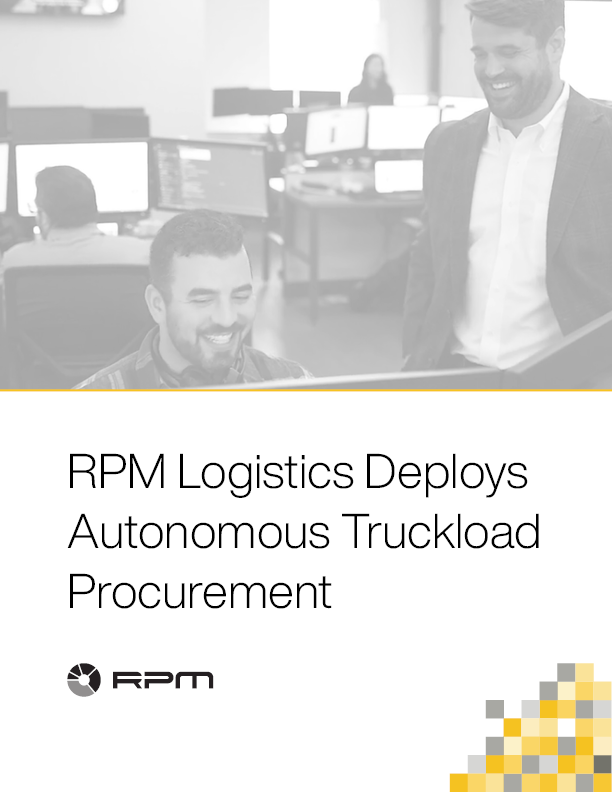 We're giving carriers the ability to see the shipment, know all the details, they know they have the RPM backing behind that shipment, that it's gonna be accurate, that we're gonna pay them on time, and that we're gonna give them the RPM service that they know. They can click book and accept with confidence.